Our team is happy to assist you with a facility rental for your next event.

For information about our spaces, please contact one of our Sales Executives.

Our office hours are from Monday to Friday between 9 a.m. and 5 p.m. 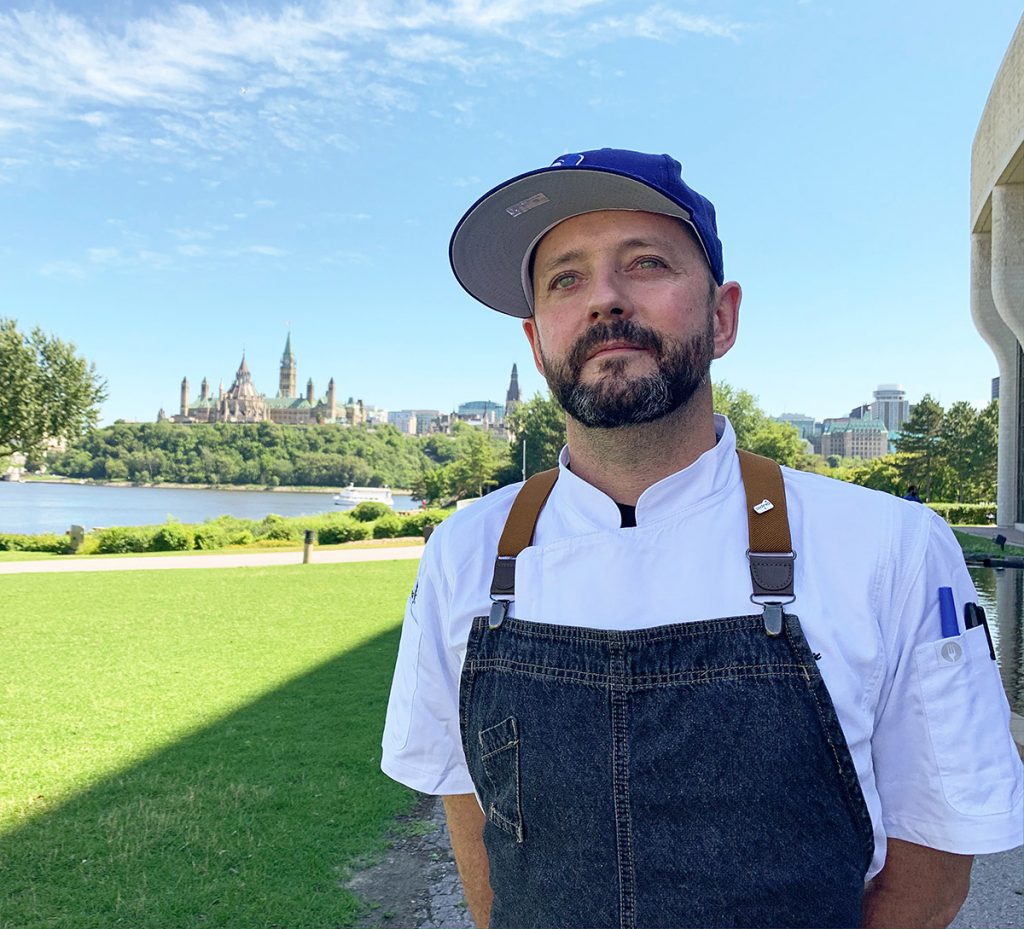 Ian Bilodeau grew up in the countryside near Québec City. Part of his childhood was spent on the family farm, where he learned to love his grandmothers’ home cooking and local produce. Eating farm-fresh eggs and drinking unpasteurized milk are some of his happiest memories.

Ian’s mother gave him a love of cooking, and he would go on to train as a sommelier at Montréal’s ITHQ (Institut de tourisme et d’hôtellerie du Québec). He later studied hotel management and fine cuisine, apprenticing under Chef Michael Blackie at the Brookstreet Hotel in Kanata, Ontario.

As an apprentice, Ian’s career has taken him to Mexico, Vancouver and Shanghai, as well as to a number of wineries in France. In the Outaouais, he was Executive Chef at the Casino du Lac-Leamy’s five-diamond restaurant, Le Baccara.

Before joining the Distinction by Sodexo team at the Museum, Ian was Executive Chef at the National Arts Centre in Ottawa, where he worked with Chef Kenton Leir. His passion for food and cooking with local products is matched only by his respect for his team, and his dedication to providing guests with exceptional dining experiences.

For all your food and beverage inquiries, please contact the Distinction by Sodexo team at 819-776-7012 or by email at BanquetsDistinction.CA@sodexo.com.

© F. Dekkal for Distinction by Sodexo